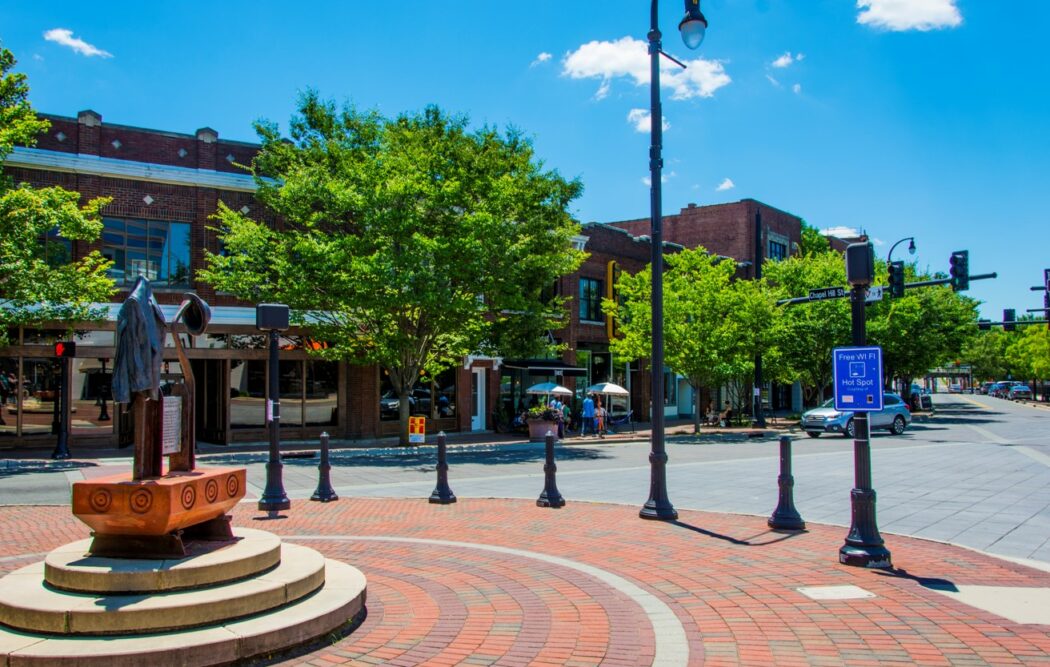 Durham’s citizen engagement process is not simply an obligatory step of ARP – it is the crux of the program. And it’s proving the potential of community-led initiatives.

As of April 1, 2022, the City of Durham is nearing completion of Phase I. This case study focuses solely on those steps, as it is that process of citizen engagement that will guide the city’s subsequent administration of the American Rescue Plan.

Durham’s citizen engagement process is not simply an obligatory step of ARP – it is the crux of the program. Through a previously established culture of outreach and transparency, Durham has been able to work with individuals, community groups and nonprofits for nearly a full year, resulting in 71 projects for consideration.

Deputy City Manager Bertha Johnson has overseen the process. It began almost immediately upon passage of the law in March 2021, when after close review of both the act’s requirements and intentions, Johnson approached City Council with the process detailed below. To examine Durham’s work thus far, we will follow that process step-by-step.

Durham’s community engagement efforts on the American Rescue Plan began far before the federal package was signed into law. Community outreach has been a staple of city administration for many years. This is seen most clearly through Durham’s Participatory Budgeting — a program that sets aside a set amount of appropriations each budget cycle for the community to decide how to spend. This effort required a steering committee comprised of residents and city staff, and a proposal process directly provided by the community itself.

With Participatory Budgeting, Durham had learned a great deal from Greensboro, the only other N.C. city at the time to operate a similar program. Durham used the same consultant, began with the same processes and, most importantly, engaged Greensboro about the biggest hurdles they had faced: reaching the hard-to-reach communities. Durham overcame that issue by working closely with graduate students from N.C. Central University in hiring community outreach staff to build relationships city wide.

Through this and other programs, Durham created a culture of engagement and a structure to tap that resource. When ARP came around, that organization was still in place. “That’s why we were about to hit the ground running,” Johnson said.

Durham began its ARP process by hosting Budget Healing Events. These gatherings served as an opportunity for community members to provide feedback on the city’s budget, and to request directly items and services they needed in their neighborhoods. At these events, city staff presented the basics of ARP to community members, and then surveyed them not about specific ideas, but rather about spending categories. Those categories then became the guidelines for future proposals.

“We thought it was important that the council not weigh in until they heard from the community,” Johnson said. “We made it clear that it would be community centric, and we wanted to community to decide how to spend these resources.”

From here, the city contacted around 4,000 members of the community with a survey asking what spending categories they’d like to see addressed through ARP funds. These community members were regularly involved citizens who had given feedback on any of a number of Durham’s previous public spending efforts, like Participatory Budgeting, the Strategic Plan, the Comprehensive Plan or the Transit Plan. These survey responses solidified spending categories and priorities that would later guide the submission and evaluation process.

City staff then took those 80 projects, and determined whether they were eligible under U.S. Treasury guidance. No further evaluation was done on these projects at this time since, again, that process would also be community led. Though always driven by community members, this step represented a chance for staff experts to simply define the scope of the city’s ARP efforts.

Durham then contacted the submitters of those 71 projects, and requested an official application. This application asked the same questions that are asked of grant recipients, such as details of the project, estimated budget and desired impact.

The city held numerous training sessions on completing these applications and, understanding that this was the first time many of these individuals and groups had completed a process like this, then served as a constant resource and source of support.

As formal applications were being submitted, the City formed a review panel that would oversee the evaluation process. As Johnson notes, Durham wanted every part of the ARP decision-making process to be transparent and community-centric. Thus, every step must be led by community members.

The review panel consisted of citizens and, for technical expertise, staff members from the city and Durham County.

The review panel created a rubric by which to individually evaluate the 71 eligible projects. This was the Scoring Matrix. (See the ‘Resources’ section below for links to the Scoring Matrix and other materials.)

Again highlighting the community’s ubiquitous involvement, the scoring categories were driven by what was provided through the initial community outreach events. “We say, ‘These resources were meant for the community, and they should be decided by the community,’” said Johnson. The key categories are the following: equity, strategic goals, community driven, collaboration, administration, and qualified census tract. The scoring itself was done by the review panel members, all 71 projects were evaluated, and all evaluations have bene published on Durham’s city website. These scores, as well as the methodology that led to them, was then provided to Durham City Council as a central factor in their ultimate spending decisions.

Conclusion and Transition into Phase II

Durham highlights the potential of community engagement. The projects submitted are not trivial ideas. Rather, they hone in on critical local issues, like housing, economic equity and overall pandemic recovery.

With the groundwork done by both city staff and the community, the City Council has received a list of projects that are eligible, that are direct ideas from the community, and that are scored according to how they meet agreed-upon criteria. While those decisions are not yet made, the foundational process has set Durham up for success.

Citizen engagement. Discussed in detail above, citizen engagement is Durham’s ARP process. What has been proposed, considered, evaluated and provided to City Council is completely done by community members, with city staff only providing technical expertise and guidance along the way.

Learning from others; Teaching others. Durham leaned on Greensboro’s experience with Participatory Budgeting to design its effective community outreach strategies. So too are cities learning from Durham. “We’ve had so many cities reach out to us to ask us how we’re doing it,” said Johnson.