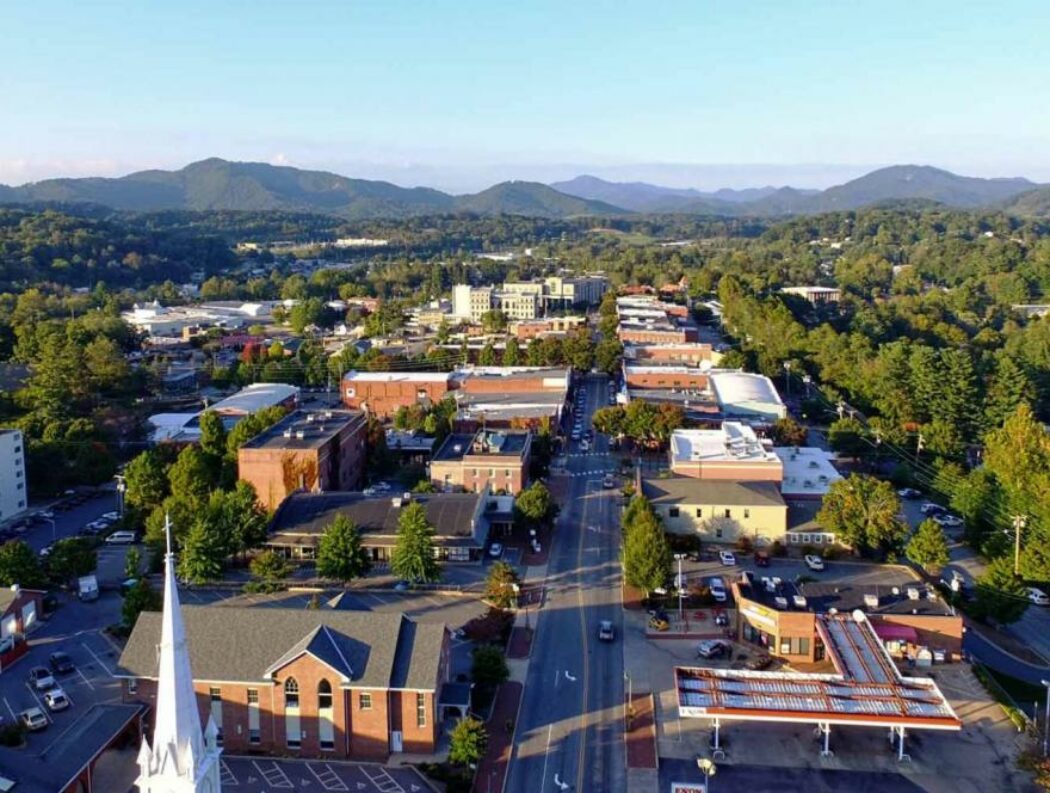 Only a year after receiving its first tranche of American Rescue Plan funds, Waynesville has invested nearly all of it — and the impact is already being felt.

Waynesville’s American Rescue Plan story is a case in solid, foundational government administration. Their strategy and planning efforts were firmly in place well before ARP monies became available, making it so that the additional funds could be quickly put towards established needs and strategic efforts. Not even one year after receiving their first tranche of funds, Waynesville has invested nearly all of the appropriation into the community.

Waynesville’s strategy towards the American Rescue Plan is both far-reaching and targeted, said Hites. The town’s investments touch several areas of town, including public safety, homelessness, sanitation and recycling, parks and greenways, town staffing and most notably, infrastructure. These projects were not chosen at random. Rather, they’re part of a strategic effort by the town to address their most pressing needs and make best use of every ARP dollar received.

At the foundation of their efforts is the town’s Capital Improvement Plan, which lays out the town’s needs and direction over the next five years. It was established prior to the passage of the American Rescue Plan. And once that additional financial support became available, it served as a roadmap for Waynesville on how to proceed.

“We recognized that this is a windfall,” Hites said, speaking of the strategy pursued by Waynesville’s Mayor and Board of Alderman. “With our plan, we were able to see clearly what needed funding.”

Two priorities rose above all others: water infrastructure and government service delivery. Waynesville is presently in the midst of a $25 million water and sewer project, and while the town’s $3.2 million ARP allocation cannot cover the entire investment, it will make headway towards some of that project’s most pressing concerns. And towards the issue of service delivery, Waynesville, like many other local governments around the state and country, has faced challenges in recruiting and retaining employees. To address that concern, the town provided salary increases. Only a short time into that investment, the payoff has already become clear.

“We’re so much more competitive in hiring staff. There’s still room to go, but where we used to have eight police officer vacancies, now we have two. It makes a difference for the community.”

Other success stories include:

Preparation: The American Rescue Plan monies did not catch Waynesville by surprise. Rather, with a Capital Improvement Plan already in place, town leadership was able to quickly and efficiently invest in the most pressing areas of need.

Expediency: Waynesville, just over a year after the passage of ARP and less than a year after first receiving funds, is already making a difference in the community, especially as it relates to one of its biggest concerns: staffing. The town’s upgraded recycling program also serves as an example of the already-achieved impact, as Waynesville’s recycling rates have jumped nearly 65 percent since its ARP investment.