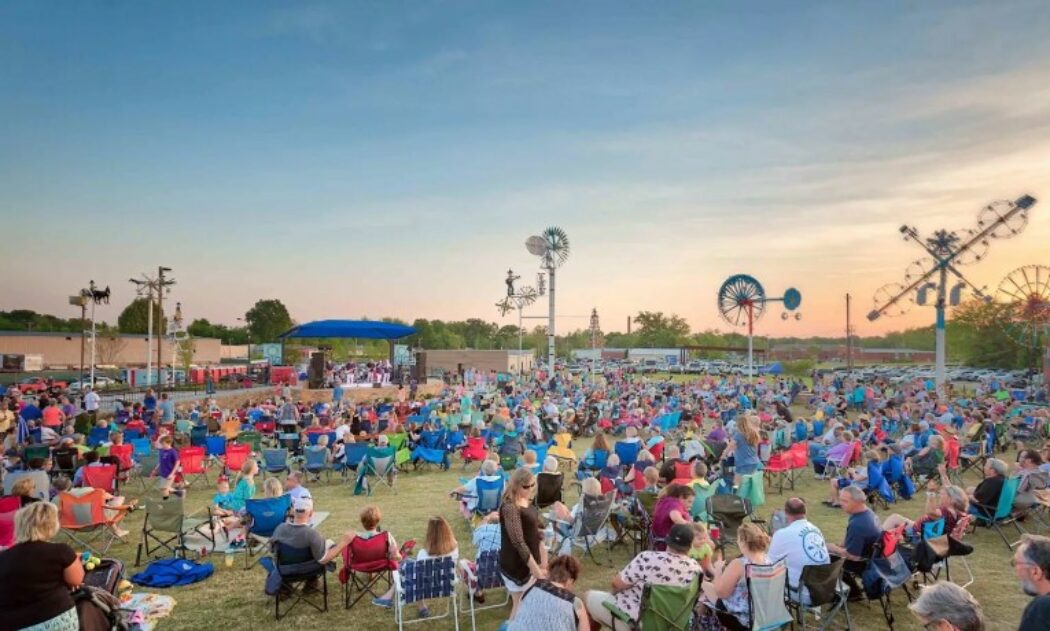 Wilson’s ARP investments will touch every corner of the city and, by balancing both immediate needs and long-term goals, are certain to yield generational returns.

Wilson is experienced in pursuing new ideas to serve the community. That mission has been on clear display over the past decades, seen through both their thoughtful investments and innovative offerings of public amenities. By way of a public park, they sparked a downtown renaissance; by leveraging investments and partnerships, they developed a burgeoning innovation economy. It’s not by accident, but rather through the work of local leaders that some have called Wilson “the next innovation hub in North Carolina.”

“This accelerates our ability to meet the demand and requests of both the people living here and the people coming here,” said Wilson’s Communications and Marketing Rebecca Agner. “I see it really helping us focus and make sure that we are on track to have the quality-of-life amenities and stay ahead of the demands that we’re seeing here.”

Wilson’s investments touch every corner of town, and they begin with the focus intended by the American Rescue Plan (ARP): to support the economic recovery of communities most impacted by the COVID-19 pandemic. The housing programs will address substandard structures in many low-income neighborhoods, the transit expansion aims to reduce transportation barriers for the city’s residents, and the commercial redevelopment project — while not in a designated census tract — sits across the street from one, so will have a runoff positive effect for those neighborhoods as well as the city as a whole.

They designed that support using previous citizen input, acquired through the city’s recently established Capital Improvement Plans and other strategy plans, and ongoing citizen input, acquired by surveys primarily for transit purposes. That input created a de-facto map of need, especially concerning transit. “We’ve been surveying, on a fairly regular basis, our users,” said Wilson’s Chief Planning and Development Officer Rodger Lentz. “What we’ve found with RIDE transit is that about half the trips are getting people to work, 70 to 80 percent of people that use the service don’t have access to a car… When we talk to employers, we find that transportation is one of the top barriers to being able to keep people employed.”

Wilson also is making sizeable infrastructure investments. The sewer and stormwater projects are needed improvements in key areas: one providing the necessary infrastructure for a commercial district and growing residential area; and one in their flourishing downtown. The park investments — Wiggins Mill and River Street Community Center — get at the city’s quality-of-life goals, while also meeting some pandemic-related needs. During the onset of COVID-19 in 2020, the city’s public spaces were at capacity. This investment will fix that issue.

Like with the community development projects, these infrastructure investments were also a part of previous strategic discussions and plans. Through ARP, however, they can be addressed now, rather than over the course of many budget cycles. “We knew many of these projects needed to be addressed in the next few years, and the ARP funding gave us a great opportunity to speed that up and get it done more quickly,” said Agner.

Lastly, Wilson is addressing its forward-looking innovation strategy with a $1 million investment towards Gig East, the local entrepreneurial hub. Gig East programs typically rely on outside grant funding, according to Agner. By leveraging ARP money, those programs — and Gig East as a whole — will benefit from a sustained level of stability, all while freeing staff up to focus not on pursuing funding, but on the core of Gig East’s work.

“This gets directly at our commitment to entrepreneurship and to encouraging innovation,” said Agner. “This is going to preserve those partnerships we have in place, free up our staff from having to constantly be in the mode of securing funding, and across the board, it keeps us stable an positions us very well for the future growth we expect to see in Wilson.”

“People have choices where to live, with remote working, cost of housing, and so on,” said Lentz. “Can Wilson be a community of choice? That’s something we’ve talked about for years here. We’re accomplishing that through amenities and quality of life.”

Preparation. Wilson did not need to think up new programs when ARP funding was received. Rather, by thoughtfully balancing the new level of investment, they were able to take existing priorities and shorten the timelines.

Citizen engagement. Also speaking to the town’s preparation and ongoing administrative successes, Wilson had a great deal of citizen input to use when crafting their ARP plan. Ongoing transit surveys and engagement efforts surrounding their recently completed strategic plans provided a roadmap for local officials to follow when determining how best to meet community needs.

Consistent strategy across spending categories. Wilson needed to balance several priorities when developing their plan. Primarily, they needed to directly address development needs among lower-income communities, to build needed infrastructure, and to sustain the city’s momentum in building an innovation economy. Their plan accomplishes each while detracting from none.

“Hurry Up and Wait”: The League advised this ARP strategy during 2021, and Wilson executed it. The “hurry up” urged cities to develop plans and begin critical discussions; the “wait” was needed as Treasury had not yet issued final guidance, so eligible spending was not entirely clear. Under this approach, Wilson put together a list of potential projects shortly after the passage of the program, well before Treasury’s issuance of the final rule, and determined each plan’s effectiveness toward overall goals. Then, when final guidance was ultimately published, Wilson was able to return to their list of proposals, judge each project’s eligibility, and quickly proceed.