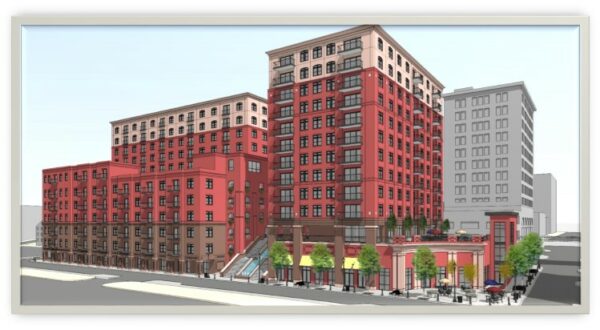 In Wilmington — one of North Carolina’s most historically significant cities, with a regionally bright downtown core and an energetic business scene — the city’s government is underway with a private partner on a metamorphic project.

A city-owned, aged-out parking deck downtown is making way for a $70 million, multi-story, mixed-use development fronting the Cape Fear River with parking, residences (171 units) and plenty of commercial space (more than 25,600 square feet). It’s no small effort, the results of which will be a strong example of the city’s ability to leverage resources and team with the private sector to improve the local economy and quality of life. While the city will invest in new parking at the property, a private developer will pay for the rest.

“That’s is what a public-private partnership is all about,” Mayor Bill Saffo said in the Wilmington Star-News. “We’ll be generating tax revenue from a piece of property that currently pays no revenue except for what we generate in parking.”

Wanting the best for this prime downtown site, the city arranged for a thorough, third-party study of the project’s feasibility and sale options, with a careful balance of private and public interests. Officials analyzed what exactly the market could support at the site and how the development could complement the surrounding character, with heavy public input all the way. After several proposals from private groups came in, the city approved an agreement with one whose staff have a strong track record with downtown development.

Now, utilities are being relocated, and demolition of the old parking deck is just ahead (slated for March 2017). The project has a 36-month schedule following the sale of the city property to the private partner.

Paired with the city’s ongoing, extensive riverfront revitalization around the parking deck site, the City of Wilmington is showing that it’s intentional about attracting and retaining visitors, growing its business and residential communities, and giving stakeholders the voice to shape it.