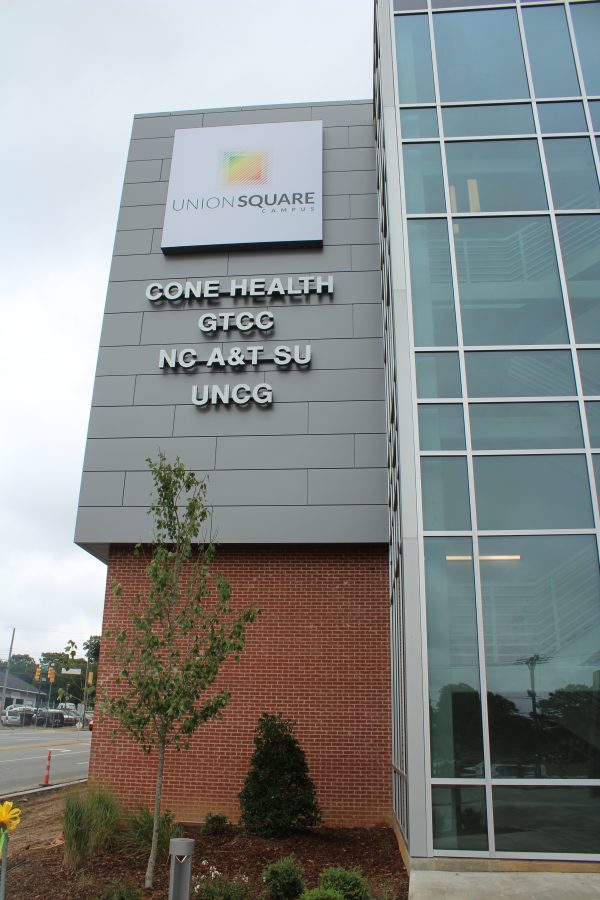 This summer, a high-tech $40 million healthcare training facility opened in Greensboro. It was the much-anticipated result of a public-private partnership that will benefit students, professional nurses, and the community.

The Union Square Campus – an initiative sponsored by a group of business, nonprofit and education leaders called Opportunity Greensboro – was built with unique combination of City of Greensboro contributions, foundation and corporate donations, state grants, and leases by the institutions.

“With all the equipment housed in this building, we can run 23 simultaneous simulations at any given time,” said John Merrill, staff developer for Union Square. “We think that’s pretty impressive as it relates to other similar facilities you might find across the state.”

The facility is meant to meet a critical community need for nurses.

“Everyone’s trying to get nurses trained at a higher level, so they have higher skills. That usually requires licensures, degrees and certificates,” said Ed Kitchen, an Opportunity Greensboro member who spearheaded the project. “That’s what this facility is all about, to meet that demand in the community.”

Union Square is also expected to make a positive impact on the local economy. It was the first building built in a city downtown redevelopment area, and it’s expected to spur additional development.

Dyan Arkin, a senior planner for the city, said Union Square could be a “catalytic project” for the redevelopment area.

The area is seeing increased interest by private and public investors. Already, the area has seen a $10 million investment in the past two years.