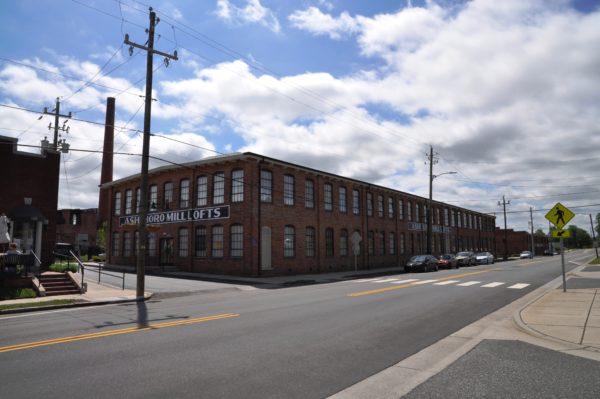 Downtown revitalization is no passive thought for the City of Asheboro.

“We tell staff: pick one project and do it,” said City Manager John Ogburn. “Everyone loves a winner.”

But while the quick wins — new signage; aesthetic improvements — count for great impressions, it’s the transformative work on part of city staff and elected leadership that is raising Asheboro’s profile among downtown comebacks across the state.

City government has been teaming with the community — residents and businesses — on an ongoing, shared vision for the city’s downtown core and its potential for a mix of housing, niche businesses and singular experiences. In a recent development, the Downtown Associate Community Program of the N.C. Main Street Center admitted the city, a step toward access to the Center’s downtown revitalization assistance.

But the city’s downtown efforts aren’t new. Ogburn points to 1996, when Asheboro celebrated its bicentennial, developed a commemorative park, and naturally put perspective on the future. Much of it circled downtown, with its then-underutilized scene of available storefront space, old mill architecture and a historic theater. Nice potential, but not considered the place to be. Even the mainstay department stores had moved out.

These things don’t often improve automatically. In the early 2000s, the theater was on track to close, sounding an alarm that city government answered by purchasing the property and embarking on a fundraising mission that renovated the site and led to a wildly successful reopening in September 2013.

“The great story behind this project is the public/private partnership,” said Justin Luck of the city’s Planning and Zoning Department. A capital campaign called “Asheboro’s Next Act” raised well beyond $1 million for the renovations. The theater remains regularly booked.

Just down the way is another public-private success story — Asheboro Mill Lofts, an old hosiery mill given new life when the city assisted the developer a $560,000 loan being repaid at low interest. That move gathered enough points for the N.C. Housing Finance Agency to award tax credits to the project, all in all making the building’s rejuvenation possible. Today, it houses nice but affordable residential units. Other former mill buildings have commercial interest, too, in a perfect example of resource reuse after industrial change.

Meanwhile, downtown storefront occupancy — with busy restaurants and niche shops neighboring that historic theater — is above 90 percent at the first-floor level, and the city sees the potential for cool, market-rate residential use above it. Local officials know there’s also capacity for a boutique hotel, which they’re pursuing.

But they’re not forgetting the smaller touches, like the little pops of art, muraling and emphasis on cleanliness in the district. Asheboro also is home to the North Carolina Zoo, a hugely popular state attraction and a logical partner for the branding and energy of the city itself. Talks are underway to better incorporate that imagery around town to establish a vibe unique to the nearby but more populous and commercial cities like High Point and Greensboro.

To Ogburn, downtown’s comeback can ripple excitement and investment into other parts of the city, and he said his staff is muscling every outside resource and funding option to make it so.