Becoming a Sports and Recreation Destination 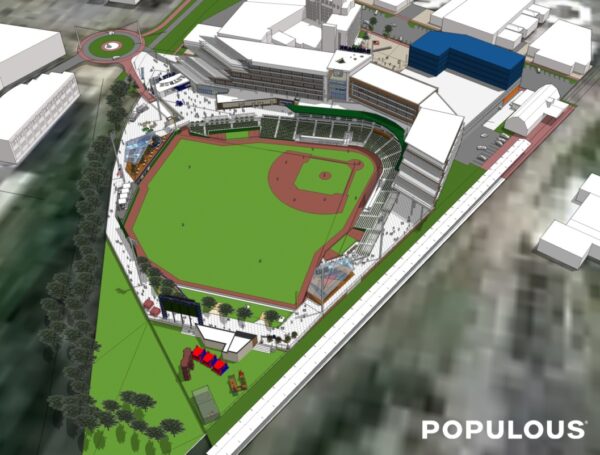 Fayetteville stakes its claim as a recreational leader.

Fayetteville, the sixth largest city in North Carolina, is a community moving forward. The All America City is experiencing growth and opportunity at many levels by attracting new businesses and working to better serve its residents.

Fayetteville has transformed from a small city to a larger city, recognized as a regional leader in Southeastern North Carolina and primed to compete with other big cities in the region. Here are just a couple of recent accomplishments that are indicative of that drive and ambition, the dedication of resources and the leadership to make it happen.

The City of Fayetteville has committed $33 million in public funding to develop a state-of-the-art, Class A-Advanced Minor League Professional Baseball stadium and multi-use venue to serve as the new home of the Houston Astros franchise affiliate of the Carolina League. Set to open in the spring of 2019, and anchoring a redevelopment site that is anticipated to result in private-sector spin-off development of over $55 million, the new stadium will play host to some 71 annual home games and hundreds of other events in the heart of historic downtown. The City-owned facility will also include a children’s splash pad and a 360-degree, walkable concourse open to the public year-round.

This once-in-a-generation economic development catalyst and anchor to an envisioned new Arts & Entertainment district is expected to create hundreds of new jobs while bringing a multitude of new recreation, sports and entertainment opportunities to residents of Fayetteville and much of Southeastern North Carolina.

For more information about the downtown baseball project, log on here.

Fayetteville voters overwhelmingly approved a $35 million parks and recreation bond in March 2016 that will ultimately provide more opportunities for residents and visitors to enjoy the many attractions in our community. Projects to be included are seven splash pads, park improvements at seven parks, two brand new senior centers, a unique skateboard park, a state of the art sports field complex that will rival any in the country, a tennis center and the serene Cape Fear River Park on the Downtown Riverfront.

These projects, provided for by Fayetteville’s first parks bond in years, will make Fayetteville a sports and activities destination for the state and Southeastern United States for many years to come.