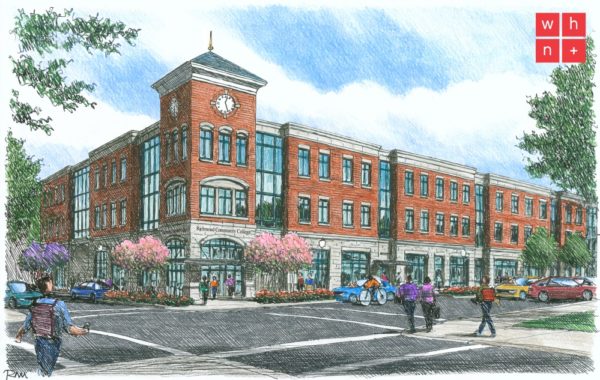 A $14 million project leads to $30 million in public/private investment and 10 new downtown businesses.

Rockingham will soon welcome hundreds of college students to its downtown as construction progresses on a new satellite campus for Richmond Community College (RCC). An integral component in the City’s ongoing downtown revitalization efforts, the project is a collaborative effort between the City, RCC, and Richmond County. Construction is scheduled to be completed by the end of 2019 with classes beginning in the spring of 2020.

The $14 million project was made possible with grants from the Cole Foundation, the Richmond Community Foundation, the Levine Foundation, the Cannon Foundation and N.C. Department of Commerce in combination with funding from both the City and RCC. The new 40,000-square-foot facility will house the college’s new Levine School of Business and Information Technology and provide improved higher education opportunities for citizens.

According to Mayor Steve Morris, “This project is another opportunity to bring people back to downtown and further reinvigorate Rockingham’s core commercial area.”

He added, “The City’s recent focus on downtown revitalization has led to over $30 million in public/private investment and resulted in 10 new locally-owned businesses along with Discovery Place KIDS Museum filling vacant storefronts in downtown.”