In Reidsville, Creating Space for Community 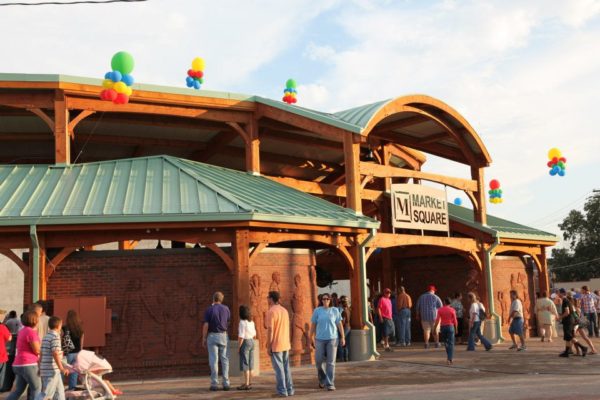 For many smaller communities, quality public space is a dream that struggles to be realized. For others, it is baked into the DNA of the downtown. For Reidsville, success came when the former became the latter. Completed in 2009, the downtown Market Square is an event venue and community space that has catalyzed growth in the downtown district, through events, concerts, and community markets. With an initial city investment of $1,961,577, the city of almost 15,000 people stretched its resources to ensure that current and future residents had a space to call their own. The space hosts an annual concert series and a variety of nonprofit events, as well as a local farmers market that generates over $150,000 in annual economic benefits. Market Square served to jumpstart to the city’s downtown revitalization, and the variety of annual events draw thousands to the downtown area annually to shop, eat, and socialize.

The success of Market Square has been largely due to the nature of the design, melding a top notch event space with an elevated stage, dressing room, and full sound, with the community space of a covered market. Opening up the Square for a local farmers market, children’s events, and festivals, the space is constantly programmed, and provides both daytime and nighttime utility. Converted from an underutilized parking lot, Market Square also acts as a gateway into the downtown historical district, greeting visitors and citizens alike with a symbol for the resilience and strong community that can be found in the surrounding businesses.