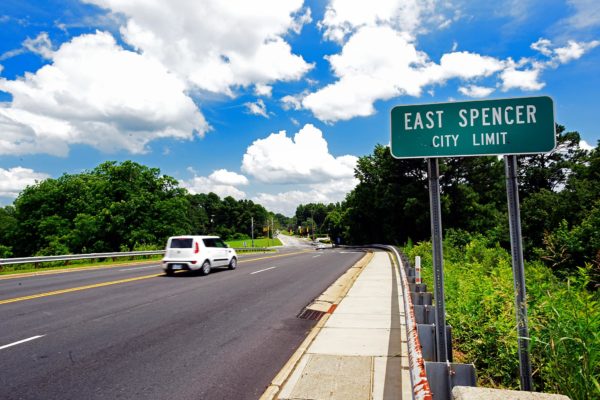 The Town of East Spencer, located in the Piedmont region of North Carolina with a population of 1,500, adopted the motto “Change the Image and Change the Mindset” in 2012.

In the years since, they’ve done just that.

First, East Spencer updated the image by upgrading the water and sewer system, rehabbing substandard housing, re-purposing the ESHS building, attracting new uses for blighted or undeveloped property, improving streets, and refurbishing the Town park. Additionally, East Spencer sought to secure better hometown services for its citizens. To fund these developments, the Town aggressively sought and received numerous grants totaling more than $8 million from the CDBG, EPA, USDA and PARTF, as well as local foundations, while also creating a number of partnerships to support and manage the projects.

The change in mindset then followed, best exemplified by the redevelopment of historical Royal Giants Park.

“This major project was instrumental in fostering a new proactive, citizen-involved approach to our future,” said Mayor Barbara A. Mallett.

Royal Giants Park originated in the late 1940s by returning soldiers, who wished to improve recreational opportunities for themselves and their community through their work as a non-profit grassroots community organization. Thirty years later in 1978, the Royal Giants Trustees teamed with the Town leaders to convey the property to the Town and get a Land and Water Conservation Fund (LWCF) grant to develop a park with a swimming pool, bath house, basketball courts and related improvements.

By 2012, it was time for redevelopment of the park. With the help of the State PARTF Authority and a wide variety of local interests and foundations, the Park was re-born with a splash park, playground with shelters, corn hole courts, trails and other improvements, which were completed in 2019.

Local architectural firm, RBS Architects, supported the process of developing a 5-phase master plan for the park, adopted in 2014. Since then, East Spencer has adopted its Gateway Plan in 2015, Carolina Thread Trail Plan in 2016, and Long Street Corridor Plan in 2017.

The Town is now working on Phase II, which includes plans to add an amphitheater and additional trails, and will further enhance the park through related improvements.

Meanwhile, efforts continue to develop new jobs and the tax base, improve utilization of I-85 access, and focus on parts of the Town most in need of development.

“While we are far from finished,” said Mayor Mallett, “we have come a long way towards meeting our goal to ‘Change the Image and Change the Mindset’ while boosting our local quality of life.”