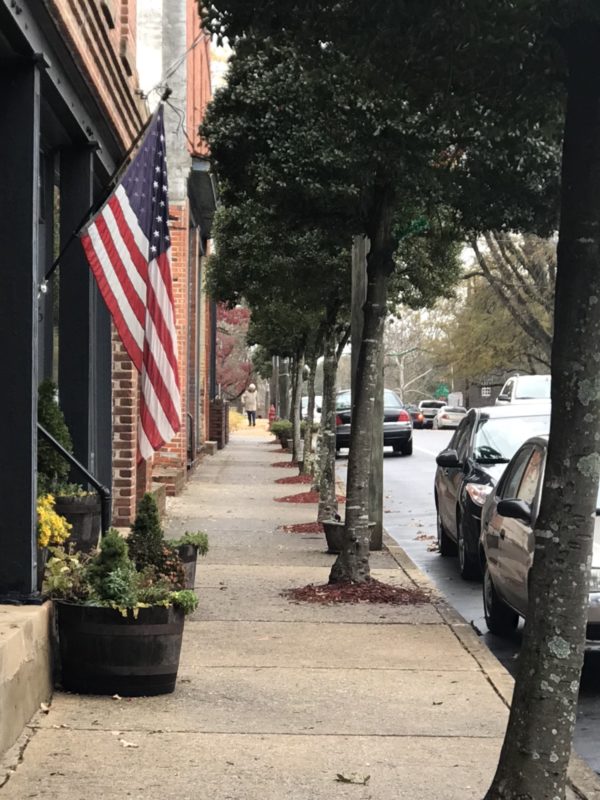 Leaning on both its public leaders and private citizens, Halifax is on its way to again becoming a bustling North Carolina town.

Halifax, up until about 30 years ago, was a bustling town, full of activity. The area featured retail stores, restaurants, antique stores, a library, a bank, and many other amenities along a central business district. Unfortunately, much of that commerce dried up over the past few decades.

“It got to the point where the Town had to take action,” said Mayor John White.

The Town decided to act. Working together, both the public Town Board and private collection of citizens considered several plans of action, many of which were not feasible. Their fortunes quickly changed when Patterson Wilson, a local member of the community as well as a Town Commissioner, worked with Halifax to make the first move: purchasing one of the depressed properties and renovating it into a restaurant, the Hen and the Hog.

The restaurant soon became the key feature of downtown, and the Town quickly stepped in to keep momentum. The public-private partnership succeeded. Using state programs and lending constant support, Halifax was able to encourage a slew of private investment. Now, every building on the main strip has activity, and several are presently undergoing renovations.

“It is not an exaggeration to say that the actions of the last few years have saved our Town,” said White. “We can only hope the next few years are even better.”