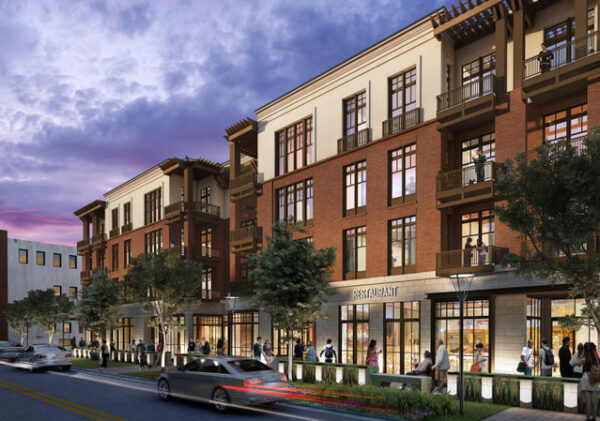 The city's full-scale redevelopment has attracted a host of economic activity.

Hickory is in the midst of a large-scale redevelopment—termed Crafting Hickory—which spans nearly a dozen projects and aims to boost the city’s livability in nearly every way.

And though the full plan isn’t expected to complete until 2024, the economic impacts have already arrived.

Construction is planned to Fall 2019 with estimated completion between late 2020 and early 2021.

“One North Center will be a first-of-its-kind downtown development that will help accommodate the burgeoning demand for rental property with close proximity to the City Walk and Book Walk, as well as restaurants, the farmer’s market, merchants, craft beer establishments and live music venues,” said City Manager Warren Wood. “Residents of One North Center will be able to run or bike on the City Walk to Lenoir-Rhyne University, Riverwalk, and an array of popular attractions such as Lowes Foods City Park, the SALT Block, and many others.”

Both City Walk and Riverwalk are key components of the Crafting Hickory plan. The program was approved by Hickory citizens via a $40 million bond referenced in 2014.

Also connected to the comprehensive redevelopment was a previously-announced investment of $80 million and hundreds of jobs at Hickory’s new Trivium Corporate Center.