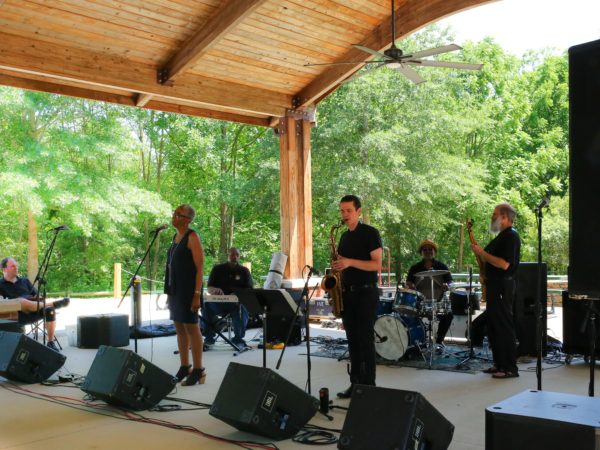 By playing to its strengths, Hillsborough was able to blossom into one of North Carolina’s most beloved destinations, all without sacrificing its viability.

For a town of under 10,000, Hillsborough’s renown certainly outranks its size. Named as one of the “Coolest Small Towns in America” and termed “America’s Little Literary Town,” its diminutive footprint is not a flaw—it’s a feature, cultivated by design.

“Our general, overall mindset is: We are a small town, we want to remain a small town,” said Margaret Hauth, planning director and assistant town manager.

Even modest towns, however, require economic development. It’s here that Hillsborough’s story runs somewhat counter to the typical modern tale of local revival. The wholesale changes, the city-wide renovations—these were neither possible (due to limitations on Hillsborough’s water capacity) nor desired. Still, with some sort of plan of action needed, the town was significantly constrained.

Thus, Hillsborough chose to pursue different measurables. The town’s strategic plan “Vision 2010,” first drafted in 1991, laid out a proposal for local development that did not require expansion or population increases, both of which would have placed immense stress on the local utilities, but focused instead on highlighting the town’s cultural attributes. In other words, Hillsborough, while steadily improving the quality of life of its citizens, aimed to become a North Carolina tourist destination.

By rebuffing those traditional growth metrics, the town was able to focus heavily on its already-possessed assets: a burgeoning art scene, a close proximity to the natural environment, and a rich, preserved history. To walk through Hillsborough today is to experience a culture that has successfully elevated all three.

“The elected officials and the community were looking for options to grow the economy without growing our water use, and tourism, in a way that meshes with our small-town community, was one of the early things we all could agree on,” said Hauth. “It’s been a longstanding thought of the town: History, the arts, food and drink, and outdoors. Those are the things we could talk about and encourage people to come here and see.”

Under that approach, Hillsborough thrived, and what started as a creative solution became an ethos.  The local community backed the initiative by approving an additional tax that would specifically fund cultural events, including the now-lucrative Last Friday summer concert series, and the history of Hillsborough was diligently preserved. Most notably, the town transformed its foremost burden—the limitations of its water supply—into a benefit by using it as a tool to strategically manage growth.

“I can think of a lot of projects that were more dangerous to our viability that ended up getting turned down,” said Hauth. “The (Town) Board has been conscious of that.”

Nearly 10 years after its adoption, Vision 2010 was amended to include the following statement, further highlighting Hillsborough’s deliberate embrace of its small-town identity.

A vivid lesson of the twentieth century is that without eternal vigilance and courageous action a delightful community like Hillsborough may in the blink of an eye be swept up in the urban sprawl of some nearby megalopolis.

The merits of Hillsborough’s tactic—one of organic, incremental growth achieved without financial risk taking—have been borne out over the years. Commercial activity has increased significantly, and the Last Friday concert series is estimated to host more than 10,000 attendees this year. The town’s population has also grown steadily, but manageably, and several of current projects center on improved pedestrian connectivity, ensuring that Hillsborough maintains its tight-knit, communal feel.

It’s that small-town charm remains Hillsborough’s most impressive achievement. Crafted and sustained over three decades, it can be seen clearly any night of the week downtown, which has transformed from a place with only a few lunchtime restaurants to a bustling, community hot spot.

“They used to joke about rolling up the sidewalks at 5pm,” said Hauth. “Hillsborough does not roll up its sidewalks anymore.”