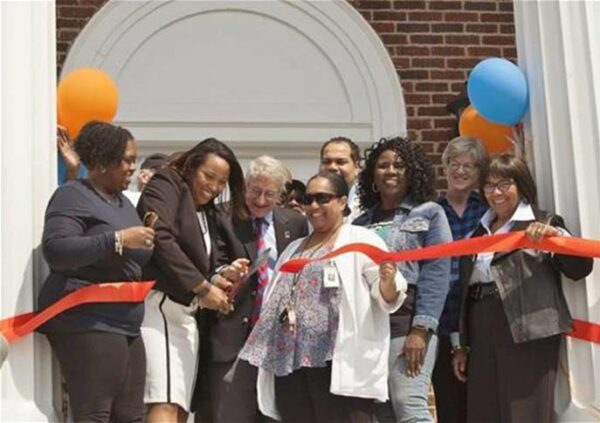 "We couldn’t be more pleased with how this district is evolving and coming back to life."

The Bull City’s historic Angier/Driver business district, located in Northeast Central Durham, has been a focus for reinvestment for quite some time by the City of Durham. Once a thriving commercial business district, this community had experienced a significant decline in past years with many businesses closing and the surrounding neighborhoods suffering.

To promote economic revitalization and improve the quality of life for residents and visitors, the City’s Office of Economic and Workforce Development undertook a targeted effort that considered the historic tradition of business enterprises and community needs to not only enhance the visual appeal of this commercial corridor, but to support private efforts to bring new businesses to this district.

The City’s strategy was simple. Bring visual improvements to the corridor with a new streetscape project, and then create a public-private partnership to catalyze private economic investment that encouraged revitalization in this community.

Following this streetscape project, in 2017, the Durham City Council approved a $700,000 Neighborhood Revitalization Incentive Grant to Self Help to invest in a $10.1 million project known as the Angier Business & Childcare Center (ABC Center). City’s investment was supplemented by major support from multiple funders, including the Kenan Charitable Trust and the Oak Foundation as well as by federal and state tax credits and Self-Help’s own financial resources.

This project, which held its grand opening in March 2019, consisted of renovating five underutilized buildings, totaling approximately 43,500 sq. ft., located at 2101 and 2116 Angier Avenue and 306 and 308 South Driver Street in the heart of this historic district.

According to City of Durham Office of Economic & Workforce Development (OEWD) Director Andre Pettigrew, one of the most exciting parts of the ABC Center is its mix of local tenants – three start-up retail businesses run by African-American entrepreneurs (a pharmacy, fitness studio, and a clothing shop); the second location of an African-American woman-owned childcare center; the East Durham Children’s Initiative, which is a key partner of Durham Public Schools with over 1,000 East Durham children; and No Greater Love Christian Church, which chose to come to the ABC Center since they outgrew a nearby facility.

“ABC Center is nearly full, but some spaces remain and it will be exciting to see the ways our partners in this project collaborate in the years ahead,” said Pettigrew. “The restoration and redevelopment of these properties has helped the continued revitalization and vitality of this targeted commercial corridor and its surrounding neighborhoods.”

According to OEWD Senior Economic Development Coordinator Chris Dickey, who provided project analysis and grant administration to both the streetscape and ABC Center projects that helped make these projects financially feasible. These projects, received some of their funding from the City’s Neighborhood Revitalization Incentive Grant Program, which are intended to accomplish a number of priorities such as stimulating economic revitalization by leveraging private investment; creating and retaining permanent full-time livable wage jobs; making permanent jobs accessible to lower-income neighborhood residents including persons who are unemployed; engaging community involvement and support; strongly encouraging local partnerships; complementing other neighborhood initiatives, projects, and programs; and leveraging other funding resources.