Investing in its History 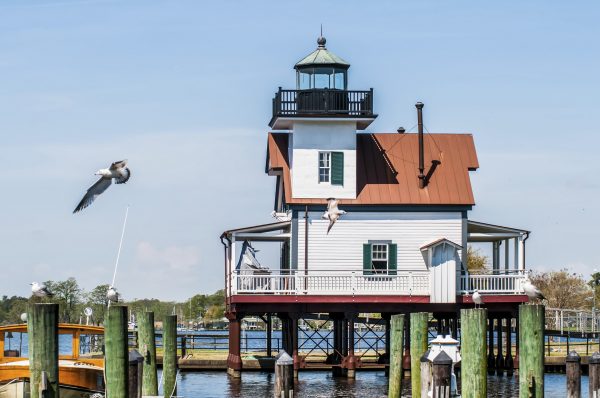 As the first colonial capital of North Carolina, Edenton radiates rich history, stunning architecture and natural beauty. For years now, the town has been investing to ensure that history is preserved and to leverage its resources to bring tourism and jobs, and to build a vibrant economy for the area.

In the mid-1990s, the town funded a study to expand its historic district to include Edenton Mill Village and the Edenton Cotton Mill, a move that paved the way for the revival of that area of the town. In the years since, town officials have continued their focus on historic properties. It has donated easements to the state to provide public access to the Roanoke River Lighthouse; provided staff work that aided in the restoration of the Historic Barker House; funded an historic marker commemorating Dr. Martin Luther King’s visit; and restored a burial ground discovered on town property.

The town also spends $65,000 each year funding its Main Street program, which provides façade grants, recruits businesses and does other work to promote its downtown. But the town’s efforts to bolster the economy go beyond its investments in the historic. It’s investing in the past, present and future.

Recently, the town secured a $450,000 block grant allowing Jimbo’s Jumbos, a firm that processes peanuts for companies from all over the world, to pursue a 200,000 square-foot expansion with a water and electrical system upgrade and road improvements. In turn, the company created 78 new jobs. “Without the help … we may have had to make other decisions as to where we put our expansion and may have had to relocate somewhere else,” said Hal Burns, general manager at Jimbo’s Jumbos. It’s one example of a partnership in which municipal officials and a local businesses work together toward a common goal of benefiting the local economy.