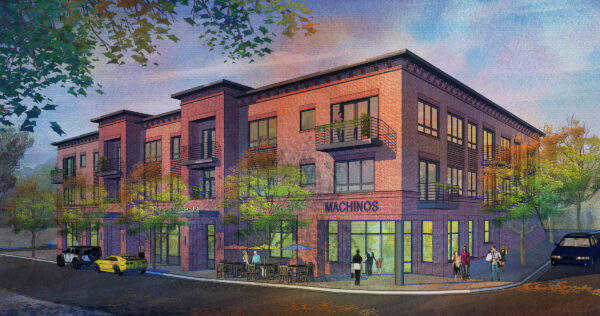 Aptly referred to as the Renaissance District, downtown Wake Forest has experienced an incredible “rebirth” over the past 15 years.

Starting with the development of the strategic and professionally designed Renaissance Plan for the Heart of Wake Forest in 2003 and continuing with its update in 2017, the town has invested well over $25 million in downtown improvements aimed at revitalizing its historic downtown. A sampling of these investments includes Phases I and II of the Wake Forest Streetscape Enhancement Project (sidewalks, streetlamps, trees, etc.), the Wake Forest Wayfinding Project (directional and information signage), the Wake Forest Town Hall, the Wake Forest Renaissance Centre for the Arts and the award-winning Friday Night on White outdoor concert series. These updates and amenities, along with the opening of several popular downtown businesses, such as the Wake Forest Coffee Company, Over the Falls Restaurant, and White Street Brewing, Inc., have served to bolster the growth and interest in downtown Wake Forest.

The revitalization of downtown will only intensify with the addition PowerHouse Row – two mixed-use buildings planned for construction along South White Street featuring ground level retail with second and third story apartments. The first phase building will boast a floor plate of approximately 9,800 sq. ft. and a total of 29,400 sq. ft. for all three floors. The two floors of apartments will consist of nine residential units per floor, including studio, one bedroom/bath, and two bedroom/two bath units.

According to PowerHouse Row Developer J. Russell Allen, locating in downtown Wake Forest was an easy choice for several reasons.

“We chose Wake Forest because there were some good parcels within walking distance of downtown for sale,” said Allen.

“The Town has also done a great job planning and investing in the public infrastructure throughout the downtown area. In fact, the Town was willing to build out the public streetscape in front of our site at the Town’s expense.

“Additionally, there were no onerous stormwater infrastructure requirements or other regulatory obstacles. Throughout the process, Town staff was very responsive, professional, helpful and enthusiastic.”

The developer chose the name “PowerHouse Row” to pay tribute to the importance of electricity to the Wake Forest community and its growth and quality of life. It also honors the Town of Wake Forest as a public power community with links to the old town powerhouse which is located just west of the site. Finally, it recognizes the original location of the Wright family Electric Motor Shop which continues today as a major local family-owned business.

Construction on PowerHouse Row is slated to begin in mid-August and be completed in the summer of 2019.

While that construction is taking place, the Town will begin the next phase of downtown streetscape improvements. At an estimated cost of $4.5 million, Phase III will consist of street and landscape improvements along South White Street from East Holding Avenue to Elm Avenue (Section 1) and East Owen Avenue from South White Street to Brooks Street (Section 2A). This work is expected to be completed in late 2019.