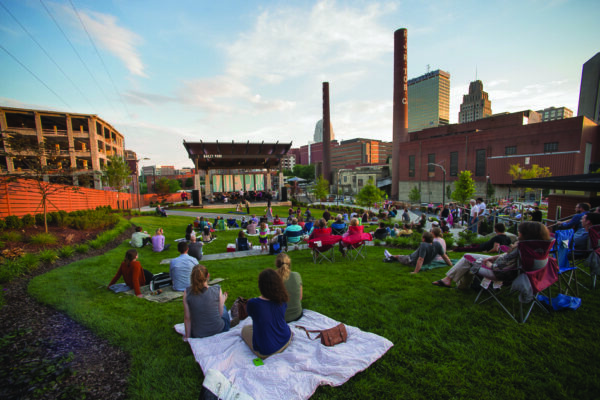 The city of Winston-Salem has invested about $50 million in the Wake Forest Innovation Quarter, a collaborative effort involving state and local government; Wake Forest University; Wake Forest Baptist Medical Center; and private businesses to create a downtown business park focused on data analysis, biotech health research and medical education. With more than $500 million in public and private dollars being invested in the project, today more than 50 companies employ over 3,000 people in the 85 acres of developed land. The project’s partners say it is more than a business park. They refer to it as an innovation district that is becoming a place where residents work, live, learn and play, and the quality of life for those residents, in turn, is attracting more investment.

This effort began in 2003 with a master plan while building on earlier efforts by Winston-Salem State University and Wake Forest Baptist Medical Center researchers. On the site of the old R.J. Reynolds Tobacco Co. cigarette manufacturing plant, the city and other partners in this venture are using the past to turn to the future. Today, the quarter boasts state-of-the art biomedical laboratories and a number of businesses devoted to medical research. There are software and data analytics firms. One of the buildings has been turned into 243 residential units. A new 211-room hotel has opened. And restaurants and shops are moving to the area to take advantage of this hub of activity.

“Since 2000, we’ve had $1.2 billion in real estate investment in our downtown,” Mayor Allen Joines told The New York Times last year. “The Innovation Quarter has been a big part of why that’s happened.” With a momentum all its own now, thanks to the collaboration between the public and private sector, it’s a trend not likely to slow anytime soon.