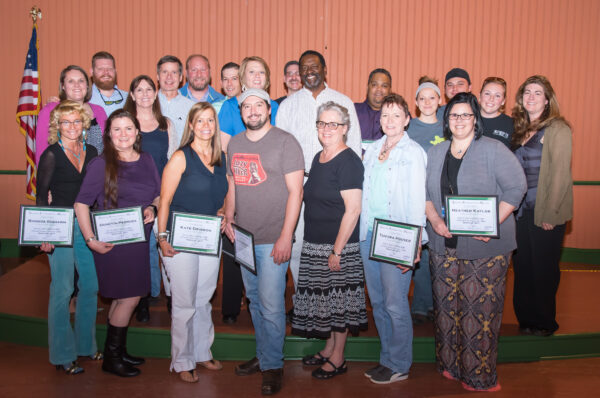 "Everyone in our community should care about the GEM Program."

A compelling entrepreneurship program in the western North Carolina city of Marion was bound to find a larger audience — having transformed an entire downtown and all. Sure enough, the N.C. Department of Commerce just deemed it “Best Economic Development Incentive Program” and gave area leaders a platform to show peers across the state how it’s worked.

Growing Entrepreneurs Marion (GEM) got off the ground in 2016 to kink and reverse business losses in the core district. Already, the program has a solid record expanding downtown’s portfolio and economic magnetism. Private entities have invested millions of dollars into new main-street businesses and jobs, and the pipeline is still delivering.

“Everyone in our community should care about the GEM Program because the new businesses that have located in Marion have provided more shopping, dining and entertainment options for both local residents and visitors alike,” said Mayor Steve Little.

The initial feature of GEM, established in a partnership that includes the City of Marion, is an eight-class training series on basic entrepreneurial skills, area demographics, networking and other technical, logistical and legal points that business owners should know. By the end, each participant will have developed an aptitude and a real, ready-for-action business plan rife for the local scene.

To make it more attractive, participants can apply for $5,000 grants for rental and utility help if they open up shop in downtown Marion. Eligible businesses are retail, food, beverage or entertainment, and they must commit to fully participating in downtown events, job creation, and operating-hour minimums.

GEM is a partnership between city government, the Marion Business Association, McDowell Chamber of Commerce, and the McDowell Tech Small Business Center. According to city figures, downtown investment over 2016-18 passed $2 million with about 45 jobs resulting. GEM grads have completed more than $46,000 in downtown facade improvements.

It’s great energy for the district, where new openings have included the city’s first taproom, first brewery, an entertainment venue, shops and more. Locals are also enjoying their first downtown movie theater in decades. Even a skating rink is on tap.

“These many businesses are a direct, tangible result of the GEM Program and are the types of businesses that any city in North Carolina would want in their downtown,” Mayor Little said.

The program’s success has since inspired leaders to spread it beyond downtown and across the city.

GEM’s four partners won the statewide “Best” award at a March 13 ceremony the Commerce Department held in Salisbury to honor initiatives that improve main-street North Carolina. According to Kenny Flowers, assistant secretary for Rural Economic Development at the department, GEM was among programs demonstrating “the kind of vision that local governments and their economic development partners, private developers, business owners, and private citizens need to improve their downtown districts and grow the local economy.”