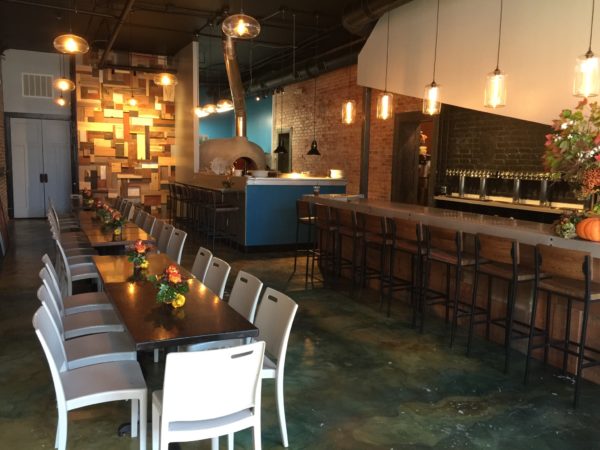 The City of Morganton continually searches for ways to leverage funding sources to help create public-private partnerships that will spur economic growth in the City. The City looks for ways to help everyone from small businesses to large manufacturing companies by using local incentives, state grants, and federal funds.

In 2010, the City leveraged the state Main Street Solutions Fund grant to create a revolving loan/grant program aimed at helping small businesses expand in Morganton. The program provided a loan, half of which could be forgiven, if the borrowers stayed in business and made their loan payments on time for five years.

During the first round, the City loaned out more than $200,000 to six local businesses for expansions and improvements. Two local entrepreneurs borrowed $40,000, and in 2011 they opened a new downtown restaurant, Root & Vine, the first farm-to-table restaurant in downtown Morganton. Root & Vine has enjoyed great success in downtown Morganton, and the restaurant has become a dining destination for residents and visitors.

After five years, Root & Vine repaid their first loan, half of which was forgiven. Business was growing, and the restaurant had developed a following. The owners decided it was time to expand, and they once again borrowed money from the City’s loan/grant program. The plan was to expand into the building next door and buy some specialty equipment. In 2016, Root & Vine opened its new space offering fresh, wood-fired pizzas and 36 craft brews on tap!

The loan/grant program has been a tremendous success for Morganton, and it is a wonderful example of how local governments can leverage other funds. The program has helped several local businesses expand, create jobs, and provide unique places and services to our residents. It’s just one of the many ways the City of Morganton local government is working to help Morganton businesses succeed.