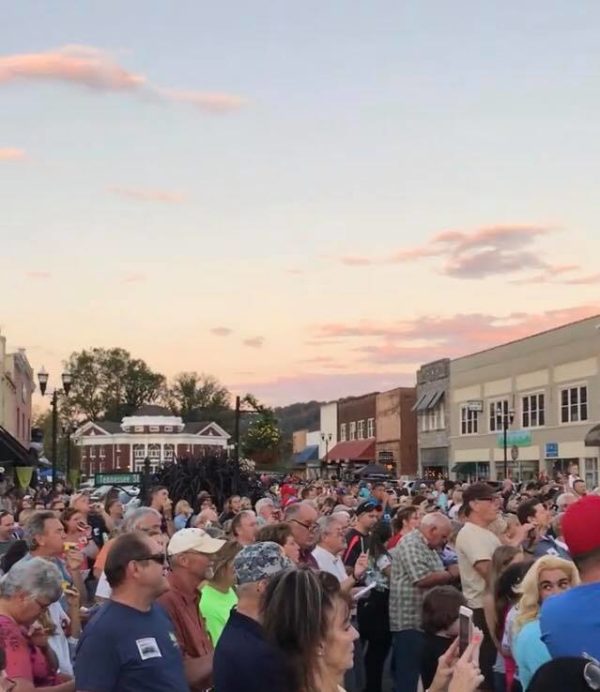 Murphy's record-breaking 'Calling the Train Home' event has led to a flurry of local improvements.

Murphy Mayor Rick Ramsey did not quite know what to expect when he took over from his predecessor, Bill Hughes, in December of 2017. But he was certain reactivating the rail line from Andrews, N.C. to Murphy, a long-time goal of Hughes, was nothing more than wishful thinking.

The last train left Murphy for Andrews, a neighboring town about 15 miles east, in 1992. That long period of dormancy will require an estimated $16 million investment for reactivation. However, as an extensive 2015 study revealed, the economic benefits of the project far outweigh the costs.

“I studied the report and I was really surprised by the depth of it and the amount of support it had in our community,” said Mayor Ramsey.

That viewpoint prompted the Mayor and town officials to spearhead an event to garner support for the project within the community. Mayor Ramsey worked closely with Cherokee County Schools, local businesses, the Town of Andrews, economic development officials, and citizens to plan and organize an event entitled “Calling the Train Home.”

The event held on October 5, 2018 drew thousands of people to downtown Murphy, and ultimately made its mark in history by shattering a Guinness World Record for largest train whistle gathering. Mayor Ramsey invited Sen. Jim Davis and Rep. Kevin Corbin to speak at the event, allowing the state legislators to see firsthand how strongly the community backed the effort.

“I think it was a tremendous success, and I know we have a long way to go to see this through, but we were really so appreciative of how our community came together,” Mayor Ramsey said. “I think we were all pleasantly shocked by the turnout. So many people worked hard behind the scenes to make it happen.”

Recognizing how beneficial an excursion train is to the local economies of nearby Bryson City, N.C. and Blue Ridge, Ga., Murphy officials believe it would be a game changer for their already-vibrant local economy. Yet, in local government, optimism and pragmatism go hand in hand, and as Mayor Ramsey notes, the project could take up to eight years to come to fruition.

In the meantime, the Town is building upon that momentum and cohesion to bring more people to downtown. Murphy recently constructed downtown public restrooms, and this fall will construct additional street lights to a busy intersection, with the goal of attracting Atlanta and Chattanooga traffic. The Town is also awaiting a response on their application to participate in the Downtown Associate Community Program, a prerequisite for the renowned Main Street Program.

The efforts coincide with other initiatives undertaken by the Chamber of Commerce and the fairly new Murphy Business Association. The latter group, comprised of downtown merchants, organized Murphy’s second annual “Spring Festival” in May, which was a tremendous success and showcased the best of Murphy for droves of people.

“I think, if nothing else, the event last fall showed how tight our community is and what we can accomplish when we come together,” said Mayor Ramsey. “We have so many positive things happening in our town right now, and a lot of people are behind that success. It’s something we will continue to build on.”