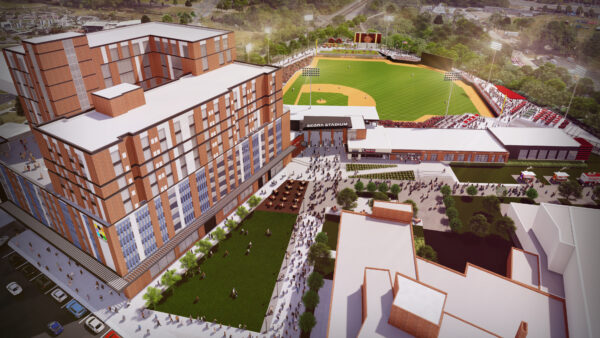 Investment in Segra Stadium Pays Off

With a long-term vision and a sizable investment, the City of Fayetteville brought Minor League Baseball’s newest team to town in 2019. Alongside it, they also brought a vibrant economic revitalization.

The $40-million Segra Stadium, home to the Fayetteville Woodpeckers, has made an immediate impact on the downtown since opening its doors in April. The project broke ground in 2017.

“We’re watching businesses grow and thrive, and we’re watching the Woodpeckers blow through the roof,” said Mayor Mitch Colvin. “We know that it takes sometimes a little investment. The City of Fayetteville is willing to take that risk.”

One of the private investments spurred by the new stadium was a renovation of the historic Prince Charles Hotel, transforming it into a high-end apartment complex. The new activity in the area, coupled with a new parking deck and hotel near the stadium, has both generated money and changed the face of downtown Fayetteville in a positive way.

Additionally, the City will benefit from advantageous property tax agreements for developments in the area.

“The creation of 1,000 jobs, 1,100 jobs during the construction phase and a $120 million economic impact,” Mayor Colvin said, “is worth the investment for the City to make because we’ll get it back.”