Selma Transforming in ‘Year of the Visual’ 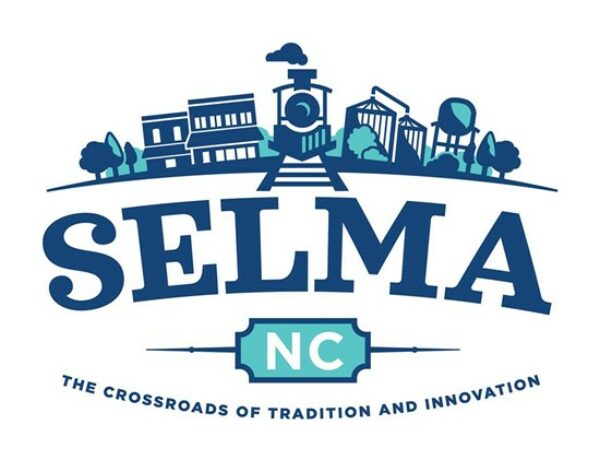 The Town of Selma is forcing a difference.

Mayor Cheryl Oliver calls it ” The Year of the Visual,” referring to several implementations meant to give anyone in the Johnston County municipality — whether living there or simply passing through — something to behold.

For starters, Selma has rebranded. A catchy new logo depicting the town’s main street appeal and railroad history sits over the town’s name in bold with a fresh tagline: “The Crossroads of Tradition and Innovation.”

Said Town Manager Elton Daniels, “It kind of outlines the heart and soul of the town.”

Backing the rebranding are big-deal improvements, like renovations of historic buildings, clearing of blighted properties, aesthetic treatments and an updated look for the water tower (yes, with the new logo). Streetscape improvements in the popular uptown shopping district are coming as well, and an arbor project will invite residents and businesses to purchase trees to be planted in memory or honor of anyone they choose, adding to the scenery. The town also received grant funds to build new tennis courts, named after recreation advocate Mayor Pro Tem Jacqueline J. Lacy, designed for children under the age of 10 and senior citizens.

The town’s leadership is locking eyes on economic growth and wants to diversify local commerce, ideally with new restaurants, craft beer options and other modern demands while honoring tradition and character — knowing transformation has to be harmonious.

To that end, they’ve put an emphasis on working across boundaries, involving the Smithfield-Selma Chamber of Commerce, neighboring municipalities and other business groups to align goals and maximize resources. (The chamber in particular does marketing work under the name Triangle East, which carries a banner of “Bringing Communities Together: Connect, Grow and Prosper.”)

Already, public-private partnerships are underway in Selma. One pairs the town with the local Rudy Theatre (in the vein of those Myrtle Beach music venues) for joint advertising — including TV and internet commercials — meant to boost visitorship. The Theatre is modernizing its image as well.

A huge public-private partnership is taking shape at the confluence of I-95 and Highway 70 with a mixed-use development over hundreds of acres. Called Eastfield, it’s gearing up to be “North Hills times 10,” said Daniels, referring to the large and popular shopping, dining and residential development in midtown Raleigh. The plan for Eastfield also includes a 1 million square-foot industrial park linking directly with Norfolk-Southern’s rail line, according to developers.

Eastfield could “change the face of Selma,” whose local government assisted with some of the site preparations, said Daniels.

These are a few of the very visual changes Selma is giving itself, and they’re poised to ripple.

“If you change the physical appearance of your town, you can resonate with more people,” said Daniels.