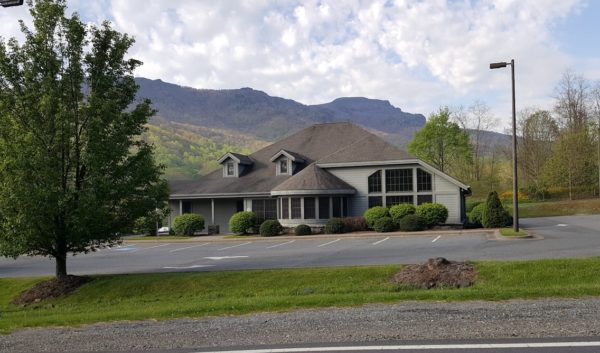 With a bigger and better Town Hall, Seven Devils' officials have become a key resource for the community.

Seven Devils’ population, during peak season, swells about 800 percent—from 220 to 1,700. They are visitors and short-term residents, who comefor the beautiful Western North Carolina scenery and recreation, and for a short while, make their home in the High Country.

“We’re very crowded in the summertime,” said Town Manager Debbie Powers. “It’s the place to be.”

For the small town, this brief expansion requires an all-hands-on deck municipal approach. It’s one both the Town Council and local officials knew was necessary. And when looking at how to improve the resources available, they ultimately looked beneath their feet, at Town Hall itself.

The building they were in was never meant for permanent operations, let alone be a Town Hall. It was a real estate office, poorly insulated and small, and initially built as a ramshackle hub for out-of-towners looking to buy summer homes. In 2015, it became a priority of Town Council to upgrade their situation.

With the decision made and the process underway, the Town quickly identified the ideal building, and worked with the tenant (at that time Skyline/Skybest) to purchase the property. The new Town Hall officially opened Fall 2019, coinciding with the 40th anniversary of the town’s incorporation.

The upgraded building has achieved two key goals. One, Town staff now has nearly double the space, which has allowed for improved internal operations.

“We’re already filled every square inch,” said Powers. “It just goes to show how cramped we were.”

And two, the building has become a resource for the community. With the new Town Hall now in a visible and attractive area, and being a welcoming building itself, the Seven Devils’ offices have become a frequently visited spot. This success has been especially valuable addition, considering the constant flow of newcomers to the area.

“We get a lot of traffic and a lot of visitors,” said Powers. “We’re not a Chamber of Commerce, but we act like one.”