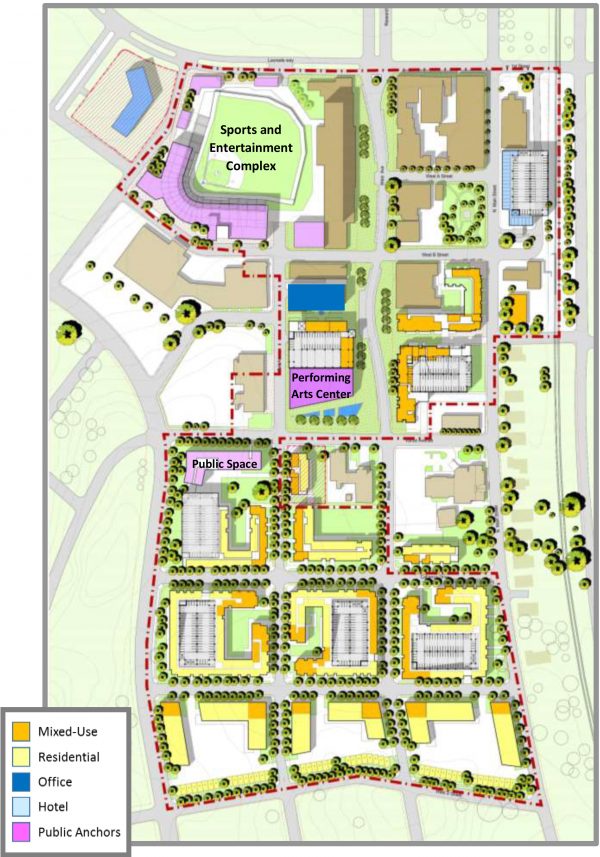 Nine months ago, the Kannapolis City Council purchased 50 acres of downtown property and buildings. Since then staff and council members have completed a detailed analysis on the current state of the properties and is preparing a comprehensive Downtown Master Plan for how to best revitalize downtown.

“Step by step we have worked to thoroughly understand the property we have purchased, research the market for what we need in our downtown, develop a plan to revitalize the downtown over the next decade and analyze the financial costs for our vision of downtown,” commented Kannapolis Mayor Darrell Hinnant.

The next step is the Downtown Revitalization Master Plan, outlining a number of significant “Big Ideas” which research shows are needed and viable for Kannapolis to have a prosperous and vibrant downtown within the next decade. It includes a financial analysis which shows the city and its partners investing in a sports and entertainment complex, a performing arts center, and infrastructure (streets, sidewalks, parking, landscaping). Private investors would be sought to invest in the office, residential, hotel, and retail/restaurant portions of the plan. The financial analysis demonstrates that for every dollar the city invests, it would see a return of $3 dollars in private investments.

The Kannapolis City Council is already accepting proposals from developers for the first project in downtown, a residential/retail development that would be located near West C Street.