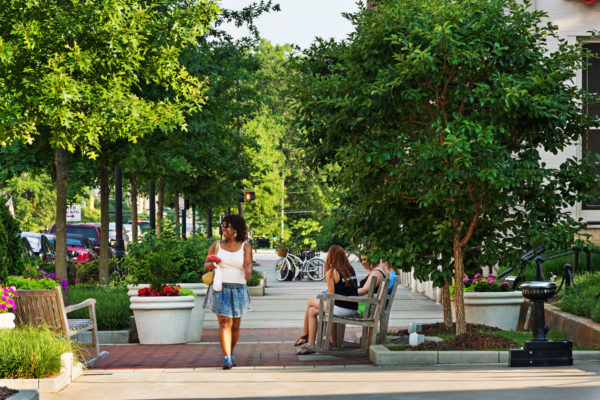 About 40 miles outside of Charlotte, Statesville has taken major steps to not just benefit from growth in the metropolitan area, but to become a robust community in its own right.

Residing in proximity to the largest city in one of the country’s fastest growing states provides plenty of opportunities for growth: in population, in industry, in local economic development. More than a decade ago, Statesville recognized that potential and carefully crafted a strategy to pursue all of the above.

City leaders figured that if they didn’t seize the opportunity, other towns would.

“We understood that investment was needed, because of the growth coming from the Charlotte region and to keep up with surrounding ‘Main Street’ communities around the state,” said Marin Tomlin, Executive Director of the Downtown Statesville Development Corporation, a nonprofit organization that manages the revitalization of Downtown Statesville. “It was absolutely competitive.”

From late 2008 into 2009, the city developed the Statesville Downtown and NC 115 Master Plan, a multi-phase redevelopment effort for enhancing the look, feel and functionality of the city. The first two phases focused on remaking downtown by means of streetscape projects. (Other elements of the plan, including improvements on the highway NC 115 corridor remain ongoing).

The renovations were extensive—overhauled streets, redesigned sidewalks, new street furnishings, and comprehensive landscaping. At the heart of the community, the downtown needed not only to reflect the historical and cultural character of Statesville, but to also serve as its economic hub. Thus, infrastructure improvements were also a foremost concern. The plan addressed that with additional water lines, the replacement of aging water pipes, new storm drains, and new electrical lines, all of which has primed the area up for continued long-term development

“Prior to the streetscape, we still had a very nice downtown with good bone structure,” said Tomlin. “Now it is spectacular. It has the feel of an urban pedestrian park.”

With the updates complete, the economic drivers soon arrived. Statesville invested more than $9 million into the downtown phases of the Master Plan, and in turn, from 2014 to 2018, received $9.5 million in private investment. Just in the last fiscal year (ending July 2019), 29 new businesses have opened and two businesses have expanded.

Yet, it wasn’t simply a focus on commerce that earned the updated, award-winning Statesville its success. Nor was it the street design, historic preservation, or any other single directive. It was the wider, wholistic vision and an understanding of how targeted investments pay off pervasively.

“Investment in quality of life was an investment in economic activity. They weren’t separate,” said Tomlin. “We all knew that investing in our downtown would be a symbol of community pride, vitality, and a high quality of life—factors that influence corporate decisions to locate to a community … It all intertwines for the success of our community.”

In that approach, no livability standard was left behind. The downtown is more walkable and connected than ever, the area features live music six nights a week, and the festival scene that existed prior to the renovations has only blossomed. New cultural undertakings have also emerged, including a public art initiative.

The most telling sign of success, though, may be the feedback received from other North Carolina towns—the “competition”—as they continue or embark on their own revitalization programs.

“We’ve given a lot of tours to a lot of communities,” said Tomlin.