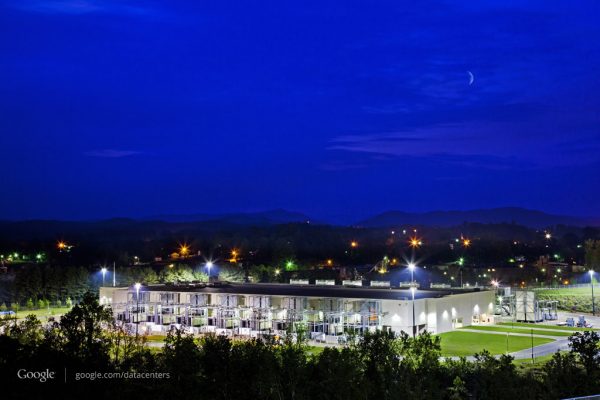 Try a Google search for “Lenoir, North Carolina.” What you’ll find is a pretty notable local tenant: Google. To the city’s residents and those of greater Caldwell County, the recruitment of Google has played into results far more meaningful. And they’re still rippling.
The tech giant’s colossal North Carolina server complex, which fired up in 2008 in this city of about 18,000 people, represents a $1.2 billion long-term company investment and more than 250 jobs to keep Google products–from Gmail to YouTube to Google Maps to search engine itself–running around the clock.

It’s also helping to power Lenoir. After lean times, the city is alive. The job market is cruising. New industry is on scene. But the story of Google’s arrival is also the story of a community willing to work hard for its gains.

The city had to begin retooling itself after the region lost thousands of furniture industry jobs in the late 20th century, said Lenoir Mayor Joe Gibbons. The effort included aligning the workforce with employers’ needs and working with the local community college on job-specific programs. Marketing its available electrical grid and plentiful water made Lenoir a perfect choice for Google.
Today the city and Google work as partners, continuing to focus on workforce development and bringing new businesses to the area. And there have been many more to come recently: CentriLogic, Carolina Prime Pet, Woodgrain Millwork, Bakers Waste Equipment, and an expansion by Exela Pharma Sciences.

The successes have reined in an unemployment rate that at its height in 2010 hit a grim 17 percent for Caldwell County (as compared to the state’s 11 percent). It is now around 6 percent.

Public and private sector officials credit not just Google, but the push within Lenoir to better itself.