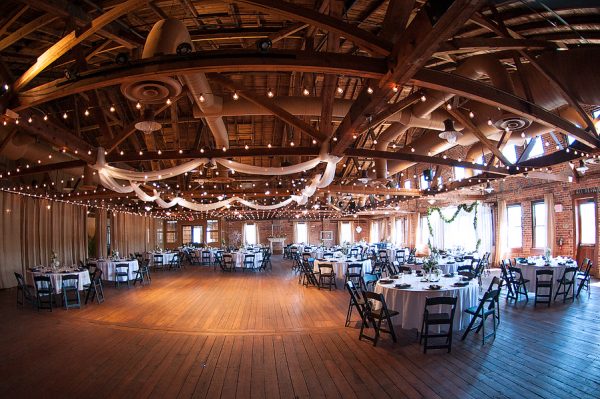 In recent years, the town of Elkin has contributed both direct investments and administrative support to key historic preservation projects in the town. It administratively supported—through grant applications and in other ways—the $1.5 million renovation of The Liberty, a tobacco warehouse constructed in 1917 that now houses a restaurant, wine shop, book store and a 9,000 square-foot banquet hall. The tax value of the building has gone from $5 per square foot prior to the renovation to $23 per square foot today. In similar fashion, the town supported the recently-completed $600,000 renovation of the Holcombe Building into office space.
The town supported through a job creation grant the renovation of Church Street Theater by a medical products firm. More recently, it spent $84,000 for the clearing of rubble and demolition of a downtown building façade, with plans to spend another $219,000 to create a public space in the downtown.

In this historic mill town of 4,000 people, these are not insubstantial investments, and the results are significant. Elkin’s history is intertwined with the manufacturing economy of the 19th century. The families who established the settlement that would become Elkin did so because of their attraction to the powerful Yadkin River and Big Elkin Creek, which helped to power woolen mills, gristmills, sawmills and forges. By the early 1900s, one of those woolen mills, Chatham Manufacturing, had become the largest woolen blanket maker in the South. At its peak, the mill employed 2,500 people, and in 1985, it had a tax value of $40.7 million.
With the decline of the textile industry and accompanying job losses, the mill campus today has a tax value of $1.5 million. Elkin, though, is not allowing the hard times to define it, and the town is moving ahead with investments that are redefining and bolstering its economy.