Zebulon Diversifies for the Future 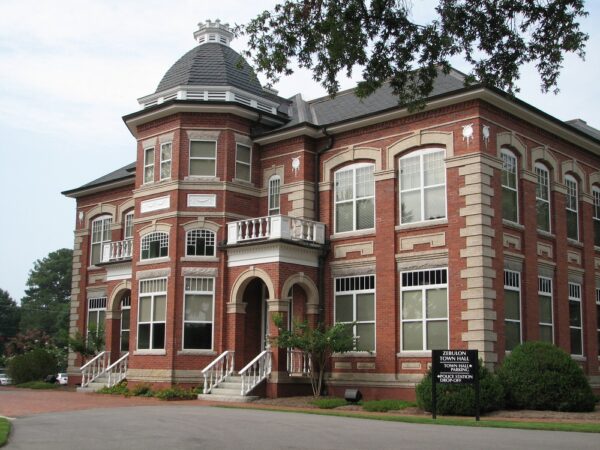 "We're proving the value of partnerships and wise investment to the economy locally and beyond."

For the Town of Zebulon, growth isn’t just about adding numbers — it’s about safeguarding them for the future. The Wake County municipality with a population about 4,500 has a healthy tax base that for the most part is commercial-industrial.

“That’s good, but to help guard against downturns in the economy … we are looking to diversify our tax base by getting more residential,” said Joe Moore, Zebulon’s town manager.

The town’s board of commissioners has already laid important groundwork to make it so, and is seeing results.

For one — in a move proving the value of partnerships — the town has extended an agreement with the nearby City of Raleigh, which owns and operates utility systems for surrounding communities. That agreement will bring about new sewer infrastructure that will open up residential development — adding as many as 4,000 houses under current plans. The town just recently approved 850 houses, and there’s near-future potential for another 550. Zebulon is living out its vision.

“We’re assembling all the right pieces for responsible growth and a strong future,” said Zebulon Mayor Bob Matheny. “We’re proving the value of partnerships and wise investment to the economy locally and beyond.”

Zebulon’s downtown, and the private businesses that inhabit it, would be the beneficiary of another recently launched program on part of town government — offering matching grants to nonprofits whose town-approved projects would beautify or modernize the area and spark community engagement. Improved storefronts are an example, but the gains don’t stop at good looks.

There’s an existential component as well.

“A downtown is a historical representation of where a community came from,” Moore explained. “ In any community, if you let go of downtown you’re letting go of your identity.”